Start Your Chinese Learning Pathway With Us

Are you curious about China, a country with a rich history and a bright future? Do you feel a bit worried about engaging with a culture of over 1.3 billion and yet knowing nothing about their language? How nice it is if you know some “emergency” Chinese! How nice it is if you find practical courses that enable you to learn more about China, about its “real” language in people’s everyday life, or, even better, about its business culture. Our Chinese courses can help you!

Currently we offer 4 categories of courses for you

About the Business Chinese Learning Hub

This course looks at Chinese culture and language including;

Commence Date: To be Advised

In this course you’ll

Our course covers, but is not limited to the following topics of communication;

Commence Date & Location:
To be advised

This is an advanced version of Chinese for Business People 1.  This course teaches;

Our course covers, but not limited to the following most practical language points:

Commence Date & Location:
To be advised

​
The topics of this course:

Commence Date & Location:
to be advised

She graduated from the Hunan Science & Technology University as an English major in 1996. From 2012 to 2017, she developed her English language skills through professional tutoring and mentoring by Senior professors from two of Chinas most prestigious universistes, the Institute of Global Chinese Teacher Education of the East China Normal University and the International Cultural Exchange School of the Shanghai University of Finance and Economics .

For the last six years she has taught Chinese as a foreign to full-time students from the USA, Italy, Germany, Spain, Switzerland, Finland, Denmark, Sweden, Japan, South Korea, Thailand, and Australia and New Zealand.  She has also been recognised for excellence in hosting and instruction as a Chinese teacher and for her work with such Australian student-related programs as the Victorian Young Leaders to China Project (2016-2017, three groups) sponsored by China’s Hanban and the Victorian government of Australia.

Back to top of page

About the Business Chinese Learning Hub

Founded in 1978 Shanghai Industrial and Commercial Foreign Languages School (SICFLS) is a highly respected language school based in Shanghai, China.

For more information about our programs please contact us on 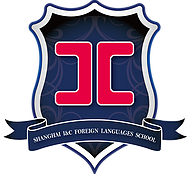 Back to top of page

Submit your information below and we'll be in touch ASAP to discuss your options.